Law reports, the digital age and how to keep informed 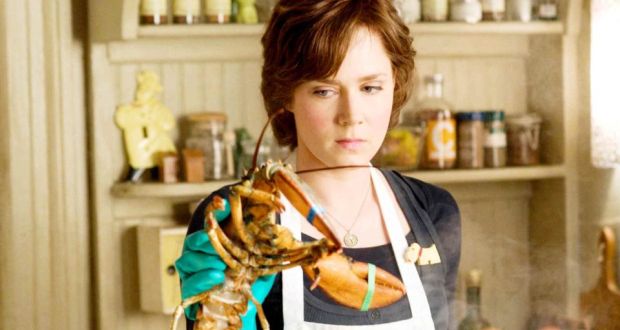 The 2009 film Julie and Julia shows how the internet has changed the world of publishing. It tells the story of Julia Childs, a well-known cookery author, struggling to publish her classic book Mastering the Art of French Cooking (1961). It took several years of rejection and false hope.

In parallel, it tells the story of Julie Powell, a young woman who decides to cook all 524 recipes in Childs’s book within 365 days and record it in her online “blog”. By the end of the year, her blog has attracted several thousands of readers and her story has featured in the New York Times.

All publishing has changed since the launch of the worldwide web in 1991, in ways considered unimaginable beforehand. From the instant a web page or blog post is published, the information in it is available to the whole world, generally for free.

If a recent piece in the Economist is to be believed, by 2020, 80 per cent of adults worldwide will have smartphones (a mobile telephone with internet access). This means that the world’s information will be in almost everybody’s pocket, 24 hours a day.

Meanwhile, and possibly for different reasons, the number of legal sources has been growing larger and larger. Every year in recent years, an average of 700 new judgments has been delivered by the Irish superior courts, more than four times the number delivered in 1990.

Already in 2015, there have been about 100 judgments delivered each month, suggesting that there will be a bumper crop this year. Similar increases in numbers of judgments have been experienced in other jurisdictions.

The doctrine of stare decisis (legal precedent) requires that legal practitioners are kept aware of court rulings on relevant cases, but it is increasingly difficult to keep abreast of these developments.

Practitioners have access to the relevant judgments, thanks to such projects as the British and Irish Legal Information Initiative. However the information overload is such that it is hard to search for and find the judgments of most relevance, or to be alerted to judgments that may be of interest.

Traditionally, practitioners kept up to date by reading law reports. Modern law reporting developed over the centuries after the invention of the printing press in the mid-15th century. Early law reports were of an unofficial nature, written and published by groups of lawyers. Official law reporting started in 1865, when the Incorporated Council on Law Reporting for England and Wales was established.

While official law reporting is an extremely valuable service, it is questionable whether it has kept up to date with more recent developments. An “unreported” judgment is available to the whole world from the moment of publication, but it can take over a year for the official law report to be released.

As law reports take a lot of time to prepare, only a small proportion of judgments are actually reported. Each law report contains a “headnote” (a summary of the decision), but these are often written in dense legalese that is not easily understandable to a non-lawyer.

At Stare Decisis Hibernia, we have attempted to address some of these problems by producing reports online that are “comprehensive, current and clear”. The reports are short and written in plain language that a layperson should understand. All new judgments of the superior courts are covered and the reports are published within seven days of the public release of the judgments.

We include a newspaper-style headline, so that practitioners can readily tell whether the judgment is relevant to their practice area, and our database of reports is easily searchable. E-mail bulletins are available so that specialists in particulars areas can be alerted to developments in their field.

This is not though, of itself, a substitute for an official law report. In my view, there are two ways in which the reporting of new judgments might adapt to the internet age.

The first concerns the publication of the original “unreported” judgment by the courts. Now that judgments are available to the whole world from the moment of publication, there is much to be said for including some of the features of an official law report in the judgment itself.

Many other jurisdictions now publish their judgments in a standardised style, after copy-editing and proof-reading. They include features such as the names of the legal practitioners in the case and a summary of the decision at the top of the judgment. The structure of judgments might also be standardised to take account of the huge volume that practitioners have to read.

Modern technology has presented us with many new opportunities to organise information and publish it. The huge number of new legal authorities suggests that these opportunities could be used in many more creative ways for the benefit both of the Irish legal profession and the public.

Mark Tottenham is a barrister and is the founding editor of Stare Decisis Hibernia(www.StareDecisisHibernia.com). He formerly worked for Hodder Headline publishers